Philip Roth died last night at 85. This article was written a couple of years ago.

For the usual readers of this blog, it’s no surprise that I consider Philip Roth the best living North American writer. This opinion is shared by many other people, so I’m not alone in this assumption.  I was lucky to have read my first Roth – although in Portuguese – when I was still in college: Portnoy’s Complaint. Of course, I was duly scandalized by the  account of the life and troubles of a young Jewish American man who does not refrain from telling the explicit details of his sexual activities to a silent therapist. Maybe I was not as shocked as the readers who first came across the book when it came out in the 1960s, but the late 1980s in Recife, Brazil, were still pretty conservative for the likes of Roth. As a matter of fact, I would say the whole world still is. 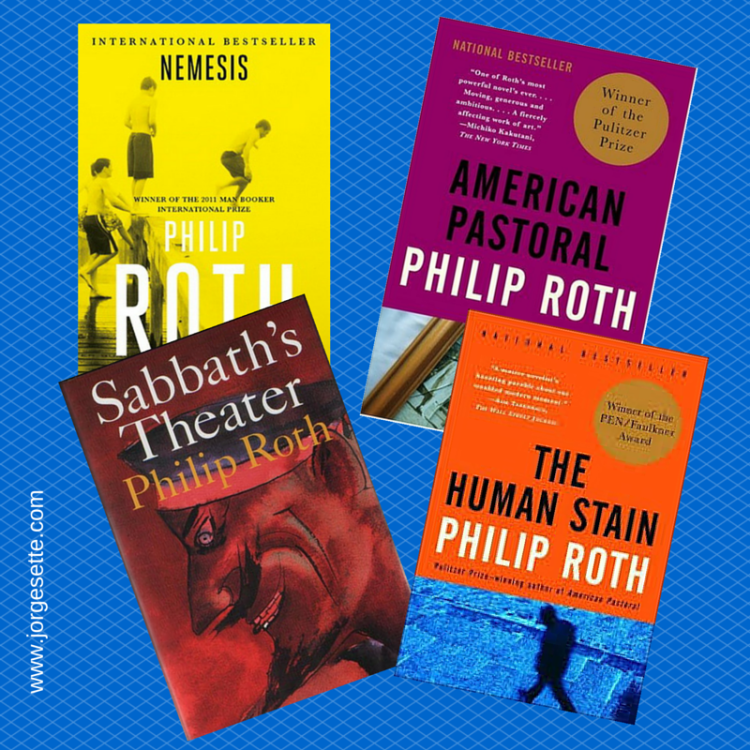 Roth does not mince words. He is brutal and unsentimental in the depiction of his characters,  despite the love and care you sense he feels for most of them deep down, if you read his novels attentively.  He tends to strip men and women of their social disguises, digs deep, and exposes them almost cruelly to our judgment. Some say he is a misogynist in his portrayal of women. Well, if you read Sabath’s Teather, in which he creates one of the most disgusting and at the same time fascinating male characters in Western literature, you may change your mind. He can be as harsh towards men, after all. The world is in general tougher on women and, therefore, misogynistic itself. Roth’s novels are a mere reflection of life as it is. More precisely: his novels illuminate angles and dark corners of life we try to hide from our eyes and thoughts.

This blog post has the simple objective of listing 4 of my favorite Roth novels and what I personally took away from them. Please don’t take my word for it. Immerse yourselves in the original sources and feel free to interpret them as you feel you should. The comments below may be entertaining, though. However, I’ll never presume they reveal the essence of each of the discussed works.

1, Nemesis: New Jersey in the mid 1940s. A horrible outbreak of polio causes mayhem in a peaceful community. Children are badly affected, especially the ones who live in the Jewish and Italian quarters of the city. Few families are not hit by tragedy. It’s practically impossible to run away from it. Are the gods against them or are they on their own in a world ruled by the random manifestations of an indifferent nature. Does it matter? The only option left for humans struck by horror and tragedy is to accept it and find a mental way of coping with the debris. Nothing else makes sense or will help our species. Stand up for yourself and fight on your terms. Throw your javelin with all the beauty and strength of a God (an image you will find in the book) and defy your peers in Mount Olympus.

2. American Pastoral: Winner of the Pulitzer prize for best work of fiction in 1998.  This novel tells the story of the idyllic life of a perfect upper-middle class American family,  eventually shattered to pieces when the sweet and amorous daughter grows up to become a rebel teenager and join militants in a protest against the Vietnam war, allegedly planting a bomb in the local post office and killing a bystander. She then runs away, disappearing forever from home. I guess the takeaway from this book is given in the first chapters, in a different context, when we are still in the story outside the story,  which makes the complex framing structure of the novel. Do we really know what people are like? Nathan Zuckerman, one of Roth’s recurrent characters, who may function as his alter ego, shares this painful truism with us: “You might as well have the brain of a tank. You get them wrong before you meet them, while you’re anticipating meeting them; you get them wrong while you’re with them; and then you go home to tell somebody else about the meeting and you get them all wrong again. Since the same generally goes for them with you, the whole thing is really a dazzling illusion. … The fact remains that getting people right is not what living is all about anyway. It’s getting them wrong that is living, getting them wrong and wrong and wrong and then, on careful reconsideration, getting them wrong again. That’s how we know we’re alive: we’re wrong. Maybe the best thing would be to forget being right or wrong about people and just go along for the ride. But if you can do that — well, lucky you.”

3. Sabbath’s Theater: Not for the faint of heart, this book depicts the progressive moral and physical deterioration of a man who has never had any other ambition rather than entertain people through running a marionette show in the streets of New York. It’s when this puppeteer blurs the limits between what you can do to your dolls as opposed to other real human beings that the problems start. You cannot manipulate people without suffering serious consequences. The dolls will turn on you eventually and your life will become a nightmare. The most amazing thing about the book is the ability of the writer to turn one of the most repellent characters ever created in Western literature, Mickey Sabbath, into a sympathetic and even lovable person for a legion of fans, who can sense all the humanity that oozes out of him.

4. The Human Stain (spoiler alert: you can’t discuss this book without giving some essential info away – in my defense, all I can say is the info I’m about to share will be revealed in the first chapters of the novel anyway.) This novel is not a whodunit kind of work, rest assured. A Jewish former professor and dean of the fictitious Athenas College in Massachusetts is forced to resign after, going through the roll call,  asks the class if a couple of listed students who never show up and whom he never met personally “are real or spooks”.  It so happens that in those days of the end of the 1990s spook was a loaded word, a derogatory epithet for African Americans. In the intolerant and hypocritical climate of the reign of the politically correct, the professor is the perfect scape goat, and everyone who’s ever held any grudge against him jumps at the opportunity to tap into the incident to profit from it, by destroying his reputation. Unjust, unfair, stupid. Worse: Professor Coleman Silk is in truth an African American  himself, who, for excelling in boxing when he was young and having light skin, passed for white in the eyes of a number of influencial people on his way up the sport’s ladder, and decided to assume this fake persona. He had been a youth in the 1950s and realized he would never have the same opportunities of a white person to fulfill his potential no matter how hard he tried. He is offered a way out and takes it, abandoning his family and his previous life, and recreating himself as a completely new person, whose potential could now be tapped to the full. He becomes the Jewish professor Silk. But he will pay dearly for it and for breaking other conventions of the times. He is a born transgressor.  A fighter. The reader is therefore left with the painful and disturbing question of whether he/she would have done the same thing. Haven’t we all done something similar to some extent in our lives: compromising, betraying, discarding deeply ingrained beliefs and principles to succeed and get ahead? Or at least to be given a shot at the possibility of winning, when all the odds are against us? A powerful and uncomfortable novel, I can’t stop returning to it. I’m always going back to Silk’s saga to reflect on my own values and how truthful I still remain to them. 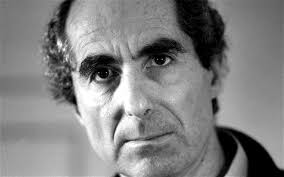 If you have the chance, get one of those books and read them. I can guarantee they will change you somehow.