Teaching English with Art: the ENGLISH LANGUAGE LEARNING materials you have been waiting for:

If you are having any of the following problems, we can help you…

a. Are your students often bored during the English class? b. Don’t they know what to say when you set up speaking activities? c. Do you spend the weekend correcting writing assignments that don’t seem to help them improve? d. Is it hard to personalize productive skills and link the English lesson to the other subjects in the school curriculum? e. The students know nothing about Art and high culture in general.

Click on each of the pictures below to get your copy from the KINDLE STORE:

Click on the image above to go to Amazon.com

Click on the image above to get your copy from the KINDLE STORE. 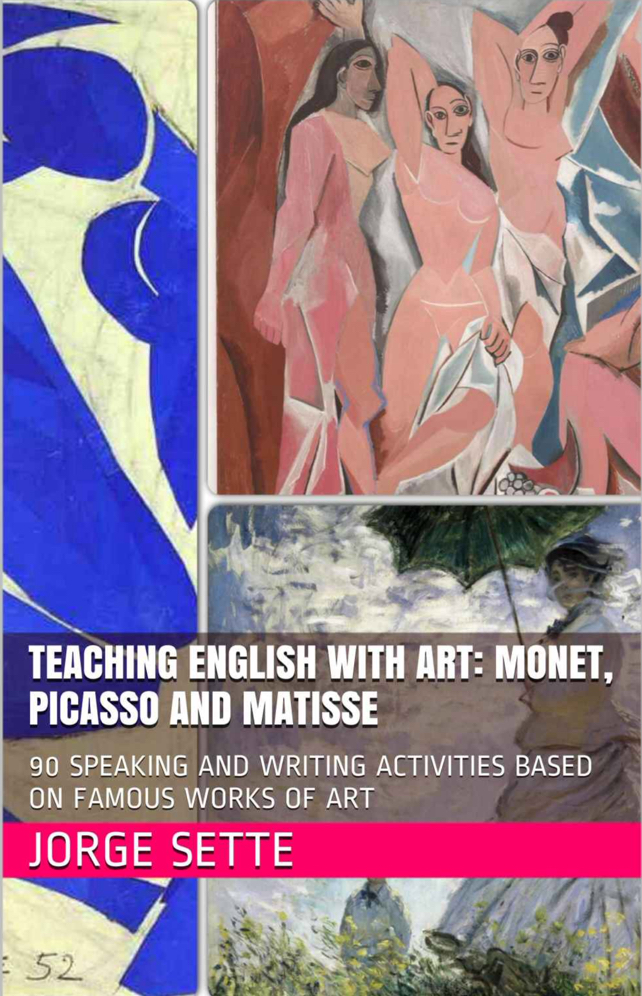 Click on the picture above to get your copy. 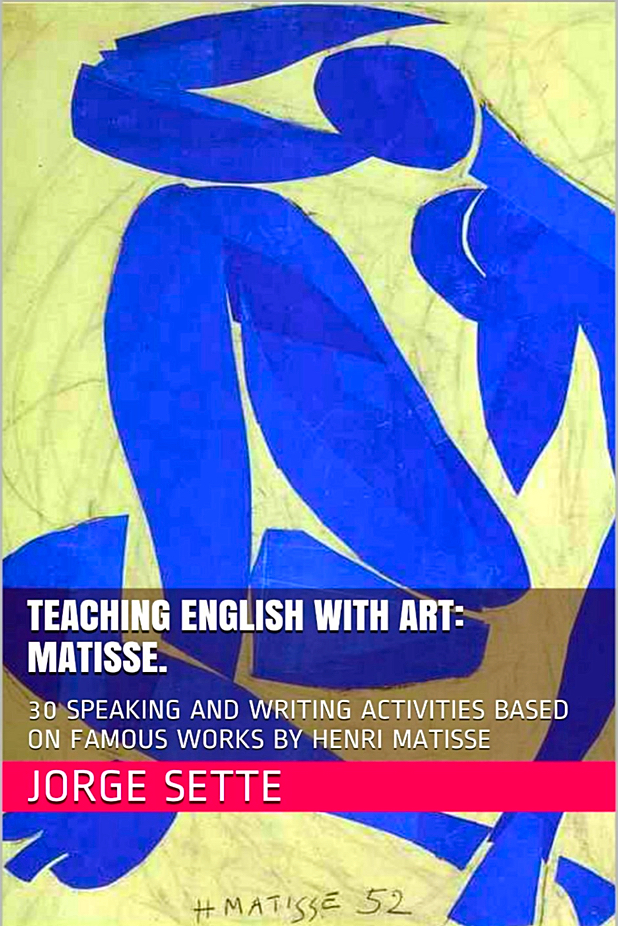 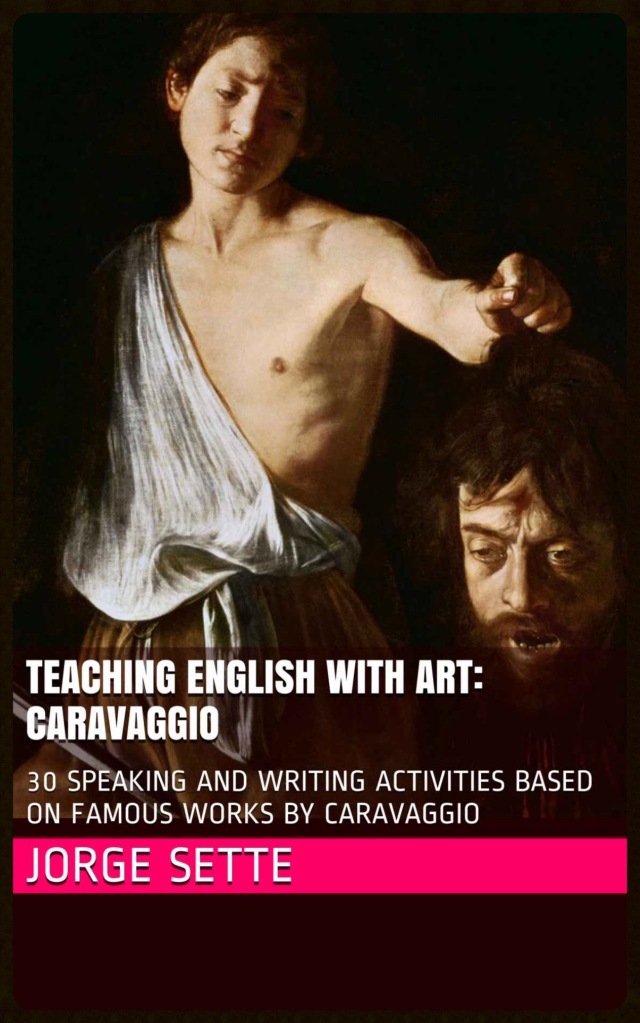 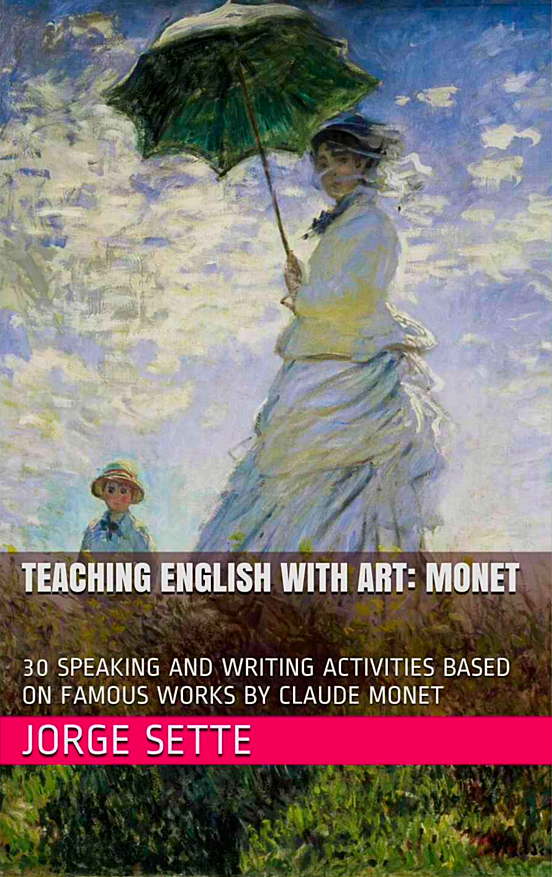 Teaching English with Art is the series for you! This eBook series is a wonderful supplement to any coursebook or extra materials your students may already be using in the English class. Each volume contains 30 speaking and writing activities for classroom use based on some of the most striking works by famous artists: for now we have MATISSE, PICASSO, CARAVAGGIO, MONET, NORMAN ROCKWELL, a special three-in-one volume of MONET + PICASSO + MATISSE (90 activities), and we’ve just launched VAN GOGH.

PERSONALIZATION: if you wish to change the cover of any of the ebooks, add your school logo, negotiate a special price for a determined number of students, or make other suggestions of customization, do not hesitate to talk to us. We are VERY FLEXIBLE. Make your ebook UNIQUE!

The objective of these eBooks is to expose the students to high art while having them practice English, fulfilling, therefore, one of the tenets of effective language acquisition: providing a realistic context for the language to be learned and practiced as a means to an end. Your students will love to exercise their English discussing  and do writing  tasks based on the works of these great artists.  The activities are highly personalized, so the students can express their own opinions and feelings. This is a proven way to make language acquisition fun and effective by creating in the classroom an atmosphere of interest, motivation and personalization. Each activity is clearly correlated to the COMMON EUROPEAN FRAMEWORK OF REFERENCE (CEFR), and the level is stated next to it. Ideally both you and your students should purchase the material.  For heads up activities, project the images on a white wall. Chose your favorite artist and click on the corresponding  image below to go to AMAZON.COM and get your e-book:

If you need more instructions on how to purchase the eBooks, please click here: http://wp.me/p4gEKJ-1Cz

You will never have bored students again. 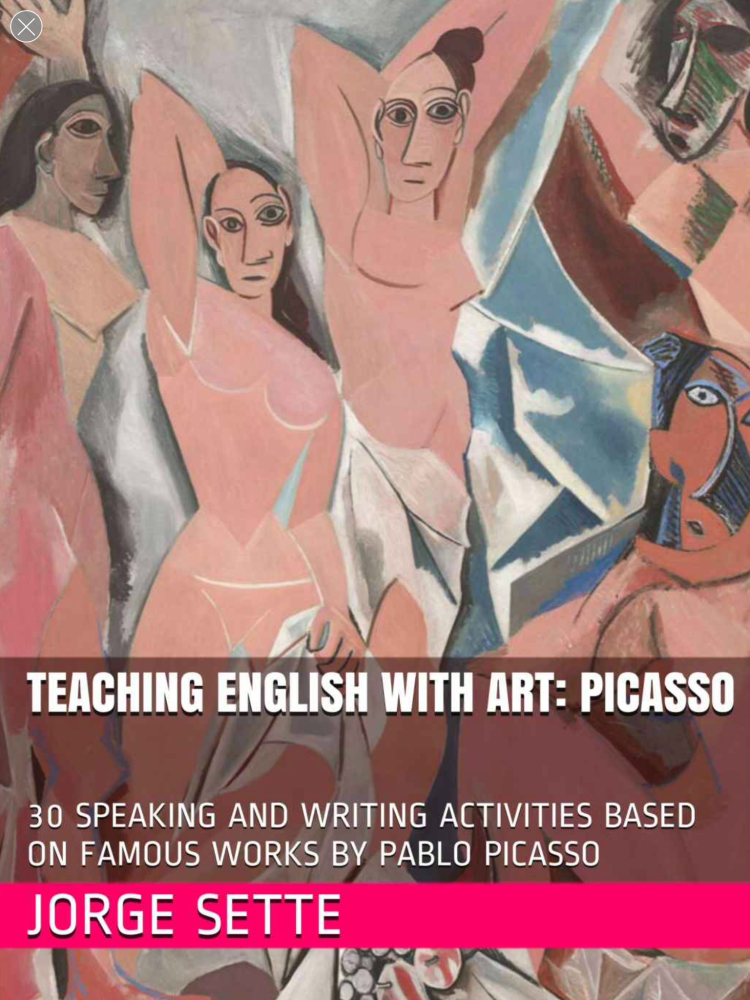 For other eBooks of the series TEACHING ENGLISH WITH ART, please click here:

Check out the video clip  on our eBooks below:

Considered by many the quintessential painting of the 20th century, the first radical rupture with the aesthetics of the 19th century and all the previous western art in general, this iconic painting still has the power to mesmerize, disturb and even shock visitors to the MOMA in New York, where it’s been housed since the late 1930s.

The influences this enigmatic painting incorporate range from Iberian art, African masks, photographs of African tribes, and, mainly, the sheer raw inspiration of Picasso’s wild imagination, who probably projected a mixture of images, feelings and contradictions fished from the depths of his psyche onto the canvas. Access to the artist’s notebooks and sketches after his death in 1973 has shown that Picasso underwent serious preparation for this work. There are 700 sketches of what would become The Demoiselles before it finally came to light. Such painstaking preparation seems to be a unique feat in the history of western art. No other known artist has ever gone to such lengths to prepare for a piece.

Supposedly representing prostitutes in a brothel, the painting goes way beyond this interpretation, defying the concept of narrative or even of interpretation itself. It could be a deconstruction of many previous nudes in western art, taken apart and rebuilt in a total original and contemporary way. Rumor has it that Fernande Olivier, Picasso’s mistress of the time, could be the inspiration behind the faces of all of the women in the painting. Her response to the piece, when she first saw it, was a disconcerting silence, which can only me interpreted as profound disgust and hatred.

Fernande’s reaction was not very different from anyone else’s at the time it was painted – 1907. The work was kept hidden in Picasso’s studio for years and was only seen occasionally by his friends and critics. Despite the fact that Les Demoiselles had partially been inspired by Matisse’s revolutionary The Joy of Life, his reaction was very negative. He thought Les Demoiselles was a mockery of all they were trying to accomplish in terms of Modern Art at the beginning of the century. And he threatened to get back at Picasso for his insult. The work was only exhibited publicly 9 years after its creation: Picasso himself needed all this time to sum up the courage and strength to face the bombardment of criticism he knew it would generate.

Even viewers today sometimes complain of the aggressiveness of the work, whose characters seem to stare down at them with weird unpaired eyes in an attitude of contempt and superiority.

Despite all the controversy, however, the fact is most of us have grown accustomed to Picasso’s style – or rather styles – over the years, and the painting is the jewel of the MOMA, loved and treasured by most visitors.

NOTE: You might want to check out our eBooks available  from AMAZON.COM:  http://wp.me/p4gEKJ-1lS

Click on the image below to buy the product from AMAZON.COM

You will never have bored students again.