I’ve just finished reading a very interesting book which tries to investigate all the emotional investment Brazilians put in football and how the game seems to shape our culture and concept of nation (Futebol Nation: A Footballing History of Brazil, by David Goldblatt). The writer chose to leave Futebol written in Portuguese for obvious reasons.

It’s very well written and helps us understand not only how the game affects Brazilians but also discusses the history of the country in the light of the popular game during the more than 100 years since football was brought to São Paulo by Charles Miller at the end of the 19th century. 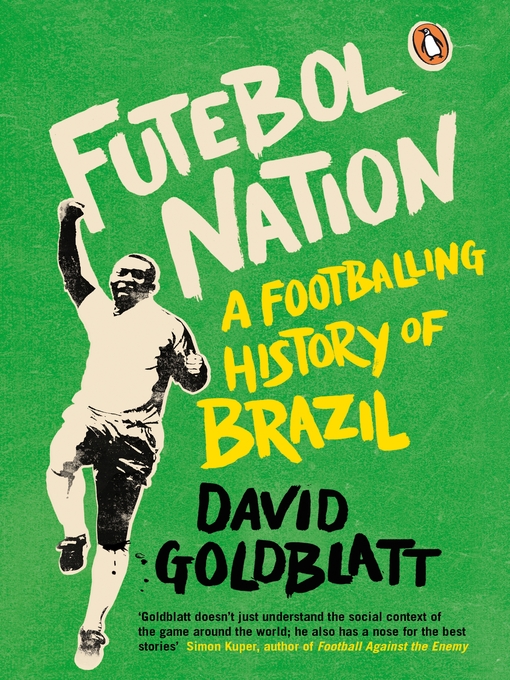 Futebol Nation: A Footballing History of Brazil, by David Goldblatt

Although the English writer could have used a little more sympathy in his analysis of my country and its people, we can’t deny the writing is crisp and precise, despite the lack of warmth. He is visibly not a lover or even an admirer of Brazil, unlike other foreign writers (such as Joseph A. Page, who wrote the fantastic The Brazilians), who, despite reporting on our culture and customs from a distant and objective perspective, showed a lot of understanding and warmth towards our people.

I finished reading the book right before the historic loss of the Brazilian team against Germany last Tuesday, with an astounding result of 7-1, in the semi-finals of the World Cup of 2014, which embarrassed even the polite German players, who sounded uncomfortable explaining their devastating victory in front of the TV cameras.

Despite the catastrophic result, it felt to me nothing like the 3 goals the iconic Italian player Paolo Rossi struck against us in 1982. At that time, I was so desolate I could hardly concentrate on studying for my final exams, which would take place a few days afterwards. This was my lowest point in terms of how I felt about being beaten in football, or even in life for that matter. Just like me, the whole country mourned so deeply you would suspect someone in their families had died. It made me stronger.

What strikes me as weird is the total irrationality of these feelings of loss and even despair most of us still share whenever the Brazilian National Team lose an important match in a World Cup. We, torcedores, have no responsibility whatsoever for the outcome. We did not take part in any decisions; we did not practice or train; most of us never had any personal contact with the players in the field. All we did was invest all the intensity of our emotion and good will in the event, rooting for the team as if they were our sons, brothers or fathers. We did our part, and very well too. And all for free. Worse: some of us even spent little fortunes on all the munitions of war – such as game tickets, horns, T-shirts, confetti, hats and paper streams to celebrate. What else is expected from us? Why do we feel such emptiness, humiliation and guilt?

In the aftermath of every one of these disasters, some of us feel like it’s not possible to carry on living the way we did before. Some young people – obviously the more emotionally unstable ones – even try to hurt or kill themselves.

To make matters worse, it’s not always common to hear comforting words from the players and coach – the only ones responsible for the loss after all. They usually respond defensively and smugly to these mistakes. Yesterday, however, I was pleasantly surprised and moved to hear the player David Luiz express in tears that all he wanted from the Cup was to make his people happy. That sounded really generous and very genuine. Thanks!

Brazilians need to learn not to get so invested and involved in something they have no direct responsibility for. The outcomes of a football match are totally out of the hands of the audience, so why care so much? We need to learn to watch it more like a show. A very exciting one, I should concede, but nothing more than that.

I also felt deeply embarrassed when Britney Spears showed up overweight and disoriented, singing an dancing in the MTV awards ceremony of 2007, during a bad spell in her career. Similarly, James Franco, an actor who I deeply admire for his performances, talent and strong political positions, did not escape from making a fool of himself in front of an audience of millions as one of the hosts in the ACADEMY AWARDS a couple of years ago. Brazilians need to learn to watch football matches with the same kind of detachment and coldness, appreciating the game for its art and deployment of physical skills.

Brazil should not be a synonym for football. We are not Felipão, Julio César, Fred or even the sympathetic David Luiz. They do not represent us. They are artists and athletes who should be putting on better and more professional performances out of respect for their public, given the astronomic salaries they receive to entertain us.

Forget about the World Cup, get on with your life and, if possible, turn the spotlight onto you. Shine on.