Considered the painter’s painter, Diego Rodríguez de Silva y Velázquez was born in Seville in 1599, growing up in the old Jewish quarter of that booming city.

Velázquez was an apprentice to Sevillian artist Francisco Pacheco for 5 years. However, it did not take long for the pupil to surpass the master in technique, which did not bother Pacheco at all. He was very proud of the young artist, who would later become his son-in-law. At the age of 19, Velázquez married Pacheco’s daughter, Juana, and had two daughters by her. 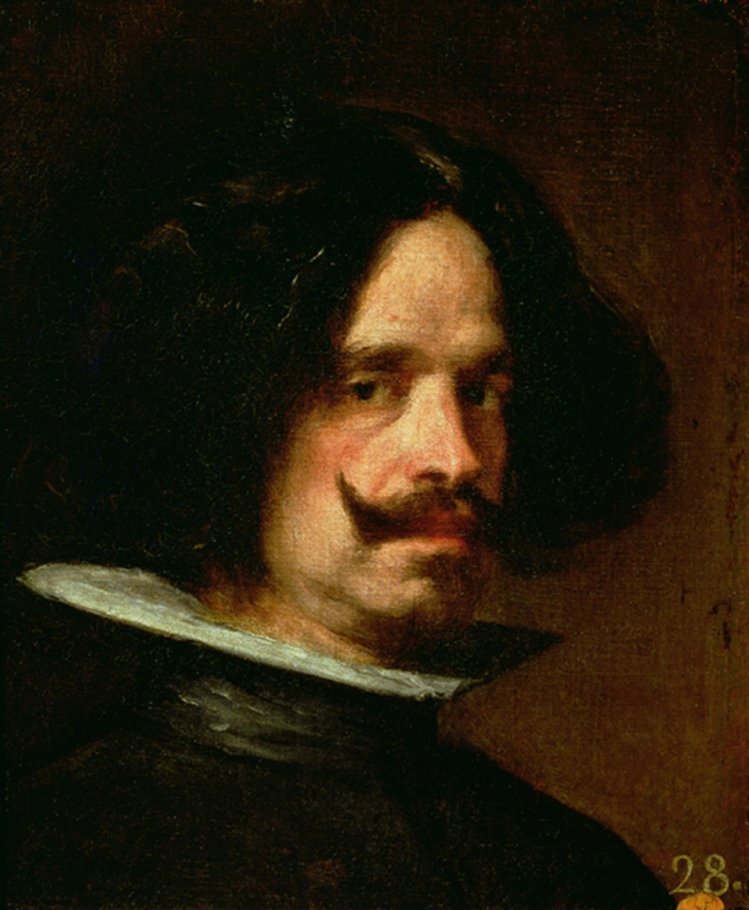 In 1623, he was invited to go to Madrid to paint the portrait of King Philip IV. The king liked the painting so much he commanded Velázquez to became his personal painter. From then on, only Velázquez was allowed to paint the king, and all his other portraits were taken out of circulation. Later on, Velázquez rose in the court to also become the king’s curator (being the person in charge of choosing and purchasing the furniture and paintings that would decorate the king’s palaces). Velázquez served the king for over 40 years, while Philip IV was the most powerful man on Earth.

At the beginning of his career, Velázquez soon distanced himself from the usual religious themes most Spanish painters produced at the time, due to the influence and power of the Catholic Church, and the overwhelming surveillance of the Spanish Inquisition. Instead, he started painting bodegones – kitchen and tavern scenes, involving common people – which, despite being considered a low genre of painting in those days, started to attract the attention of rich purchasers and patrons. Among these paintings, we have, for example, Old Woman Frying Eggs, and the breathtaking Water Seller. 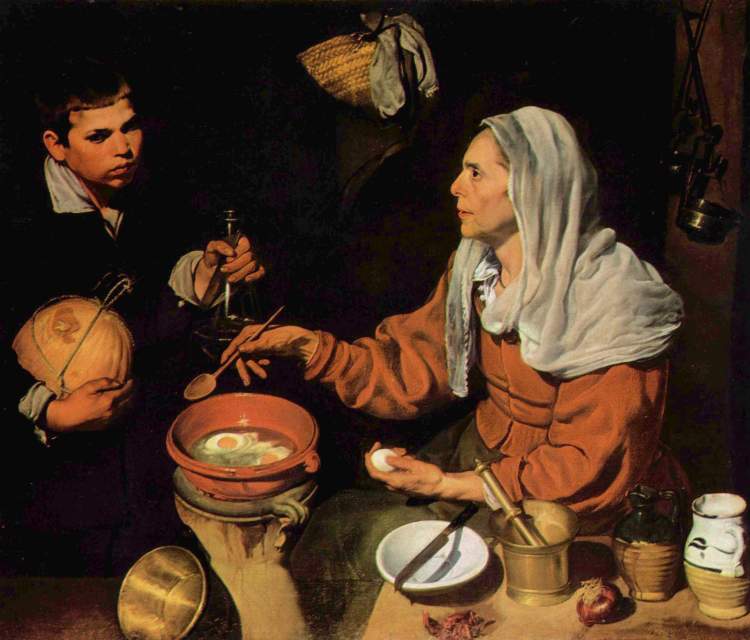 His art was clearly influenced by Caravaggio in his use of contemporary, common people as models, and also in the use of the dramatic contrasts of light and shadow (chiaroscuro). Another major influence on Velázquez’s work was the art of Flemish baroque painter Peter Paul Rubens, who spent seven months at the court of King Philip IV on a diplomatic mission. Later, after spending time in Italy on two different occasions, he incorporated elements of both the contemporary local art and features of the Renaissance into his technique.

When he began working for King Philip IV, his main assignments consisted of portraits. He painted the members of the royal family in a great number of portraits, but his most famous ones are his own slave and studio assistant Juan de Pareja’s and the stunning portrait of Pope Innocent X. The realism and strength of these works, in which Velázquez managed to capture not only the physical but also the personality traits of his models, astonished his contemporaries and are a source of awe and inspiration to many artists to this day. Since most of Velázquez’s works were made for the king, they remained unseen for many years, hanging from the private walls of the royal family’s many residences. 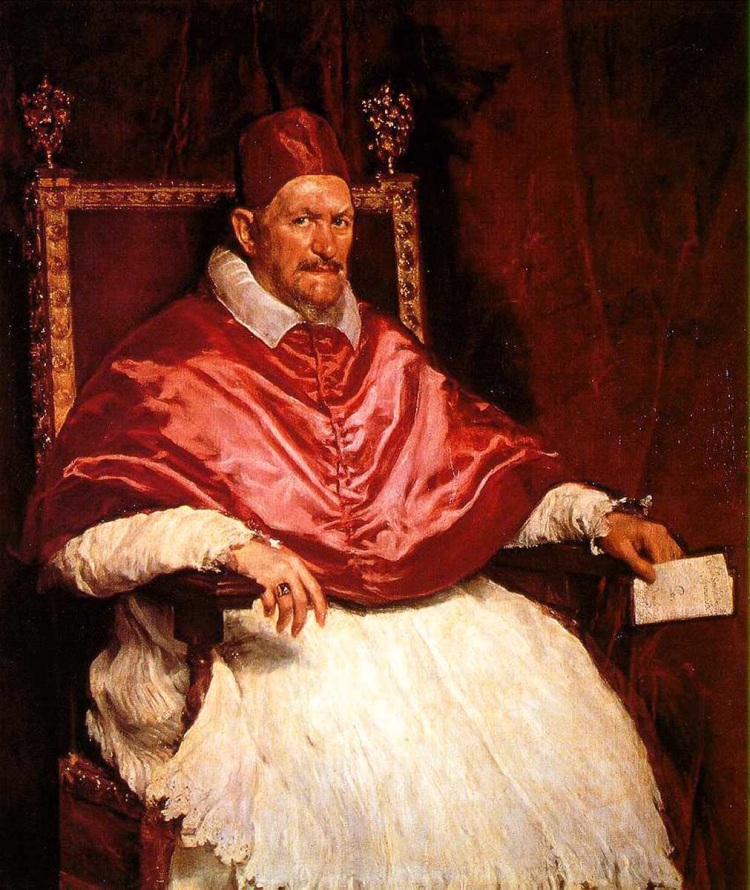 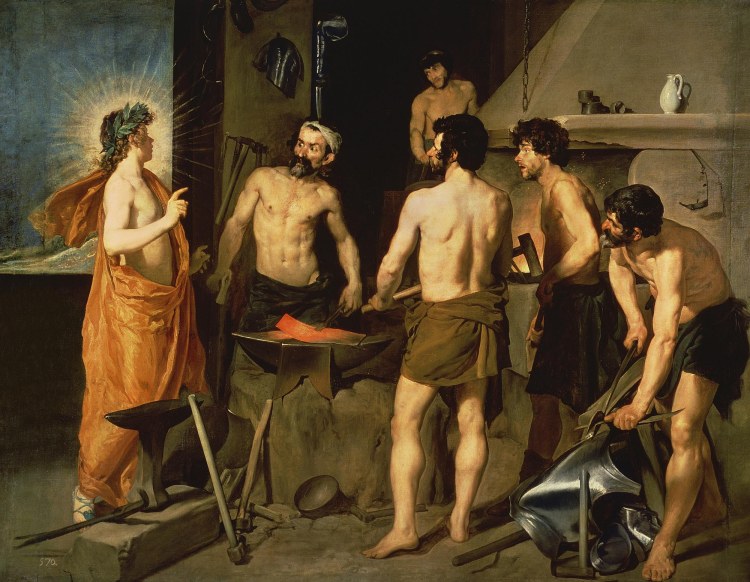 Velázquez’s technique, draftsmanship and use of color have amazed the general public, critics and other painters for centuries. He’s many people’s candidate for the post of best painter ever. His paintings are included in what is called the Spanish Baroque movement of the XVII century, but they stand out as very personal and unique, the work of a genius.

Velázquez struggled his whole life to become part of the nobility he served so faithfully. His Jewish blood, however, was a constant obstacle for him to achieve such recognition. Only at the very end of his life, in 1658, did he become a knight, receiving the insignia of the Military Order of Santiago, the red cross that features on his chest in his most famous painting Las Meninas.

Impressionism is one of the most popular movements of Western Art. It took place between 1870 and 1880, mainly in France, and suffered a lot of resistance at the beginning, since critics, art dealers and the public in general were more used to the academic and “serious” kinds of paintings that would hang from the walls of the official Salón, a very popular government-sponsored art exhibition that took place every year in France.

The typical paintings you would see at the Salón would feature religious, historic or mythological subjects. They would follow the guidelines of realistic art set by the Renaissance and followed by most masters for almost 500 years. The paintings looked subdued in the use of color, valued good draftsmanship and had strict rules of perspective. In addition to that, they were perfectly finished and varnished.

The impressionists started to systematically deconstruct these rules. 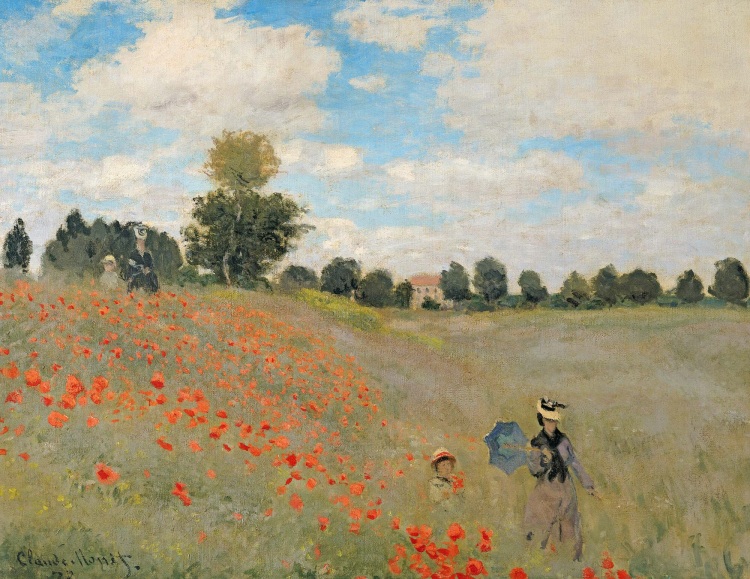 Monet is considered the quintessential Impressionist painter. The one who practically set the rules and followed them to the very end of his long and productive career. Other famous impressionists were Renoir, Degas, Sisley, Morisot, and Pissarro. They had been heavily influenced by pre-impressionists, like Manet and Courbet, whose art was already moving away from the standards of classic realism.

Today you will hardly come across someone who does not like Impressionism. The main reason is that Impressionist paintings are usually uplifting, colorful and full of light. They are cheerful works that make most people feel good. Composed of short, broken, brush strokes, in unmixed bright colors, Impressionist art works conveyed how reality appears to us under different light conditions. They avoid rigid contours or lines, drawing was secondary to the use of color. Shadows were never black, but painted in darker hues of colors, which varied throughout the day and in accordance to the season of the year. For more traditional eyes, the paintings can sometimes look rather unfinished. 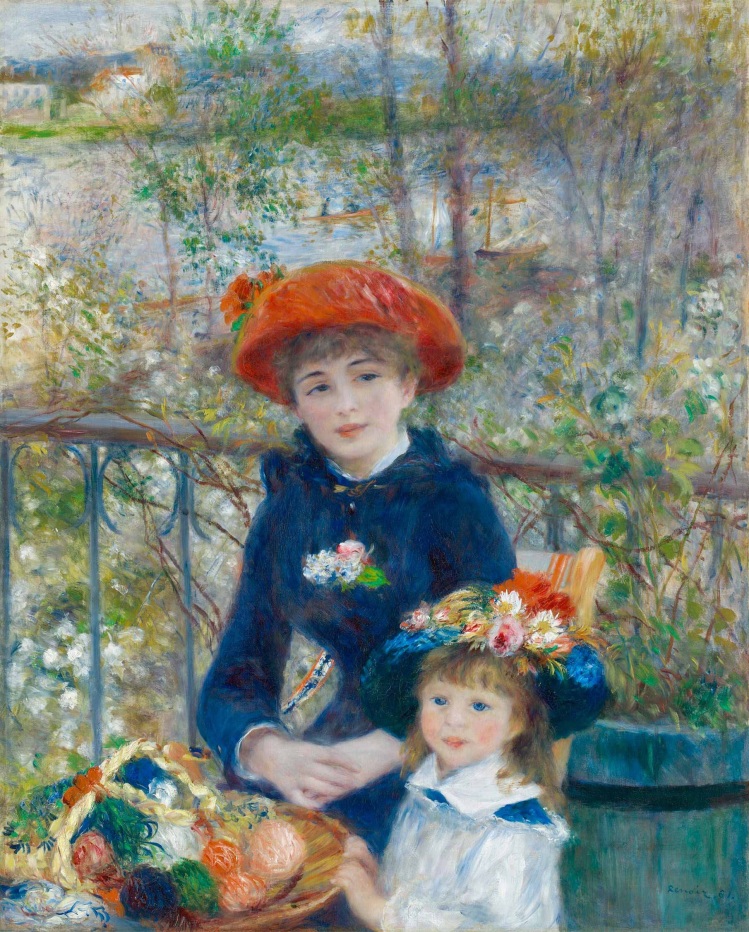 Two Sisters (On the Terrace) by Renoir, Pierre-Auguste, 1881.

The origin of the name

In a 1874 exhibition, Monet presented a painting called Impression: Sunrise (see image below). All it showed was a couple of solitary boats on the sea in Le Havre under a red sun reflected on the water. It was painted in quick, diffused, brush strokes. The art critic Louis Leroy, from the magazine Charivari, was not happy with what he saw. He fiercely mocked the artists that painted like Monet and used the very title of the painting to criticize their style, claiming they were mere impressionists. His paintings, Leroy said, looked more like sketches than finished works of art. Despite the derogatory use of the word, Monet and his friends boldly appropriated the name and started to use it officially to define their revolutionary new style. Impressionism had been born. 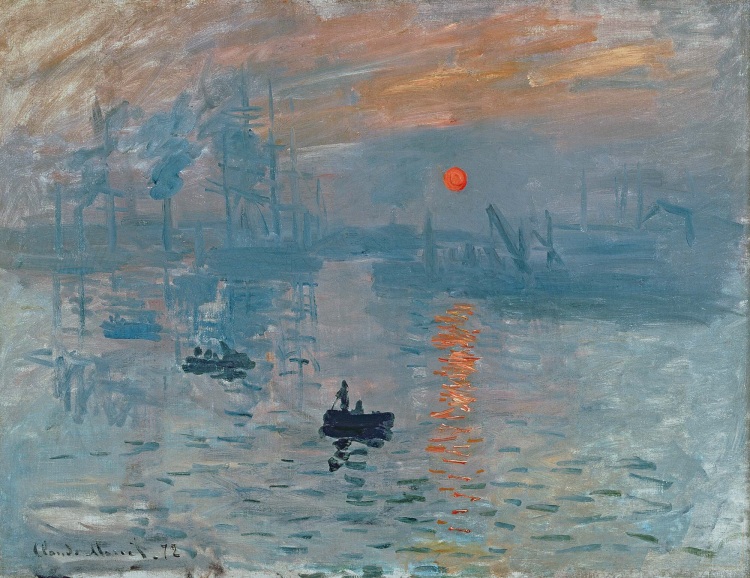 Where the paintings were made

Usually impressionists would paint en plein air, meaning the outdoors. This is where they could best capture the effects of the changing light on trees, flowers, people and water. Some of them would sometimes finish their work indoors, but hardliners, such as Monet, would work outside every day, under different weather conditions, completing their works there.

Impressionists would do landscapes, seascapes , portraits and still life paintings. But they hardly included anything outstanding. Their themes were scenes and items of everyday reality: moments of contemporary Parisian life, flowers, boats, expanses of water, sunsets…The simpler, the better. Their point was to study and convey how color worked under light. You need to step back from an impressionistic painting at a museum to fully appreciate what it’s all about as a whole. The closer you get, the more the image gets fragmented into singular dabs and brush strokes without specific forms or meaning. 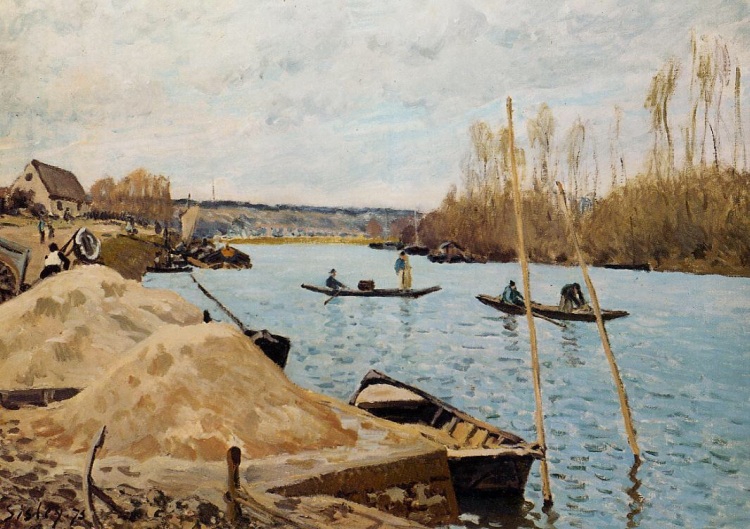 Impressionism is at the very beginning of what we call Modern Art. Those painters influenced strongly all the art movements that followed them, such as fauvism, cubism and surrealism. Impressionist paintings sell for millions of dollars today. It’s hard to believe that they were once discriminated against and frowned upon. Monet lived in poverty for great party of his life until he was recognized as a great innovator.

There’s perhaps a cautionary tale there. The value and importance of contemporary art is almost never acknowledged at its inception. So, perhaps we should hold our judgment when confronted with some new form of Art and try to understand what it really means and learn to identify the possible seeds of radical transformation we are witnessing.

How do you feel about Impressionism? Do you have any favorite painters or works in the movement? Please, let us know.