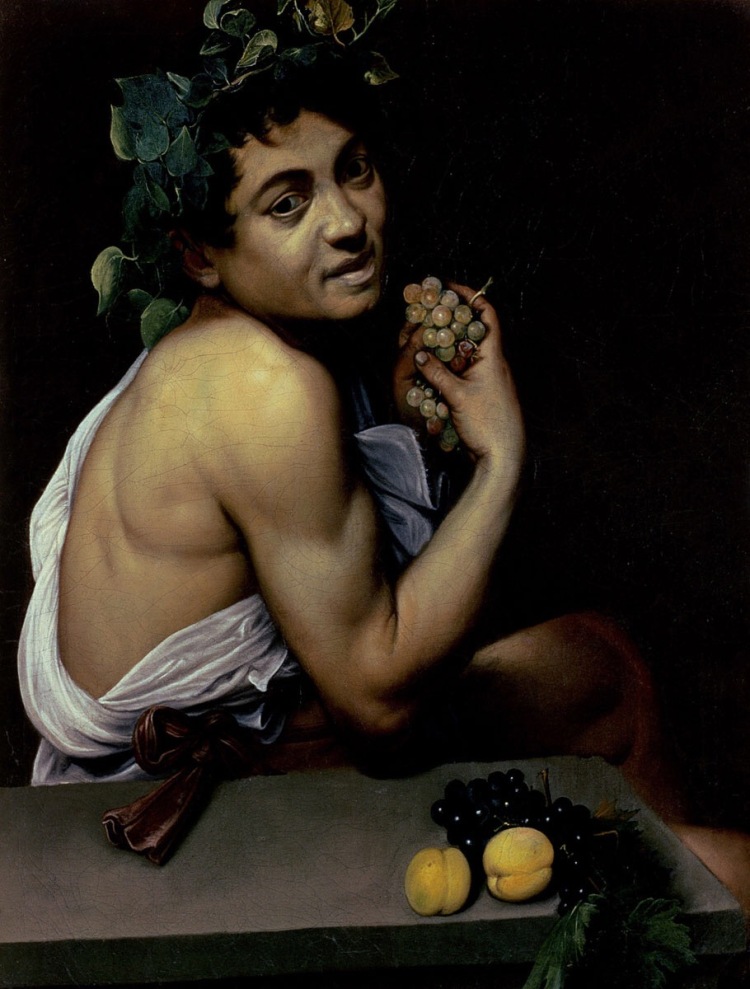 1. …that Caravaggio’s Young Sick Bacchus (1593/1594) is in fact a self-portrait. The artist looked at himself in a mirror while he painted it. The reason he looks kind of sick is that the painter himself was convalescing from a disease, probably malaria, at the time, and had just left hospital.  Bacchus’ greenish lips and opaque eyes reflect his unhealthy condition. 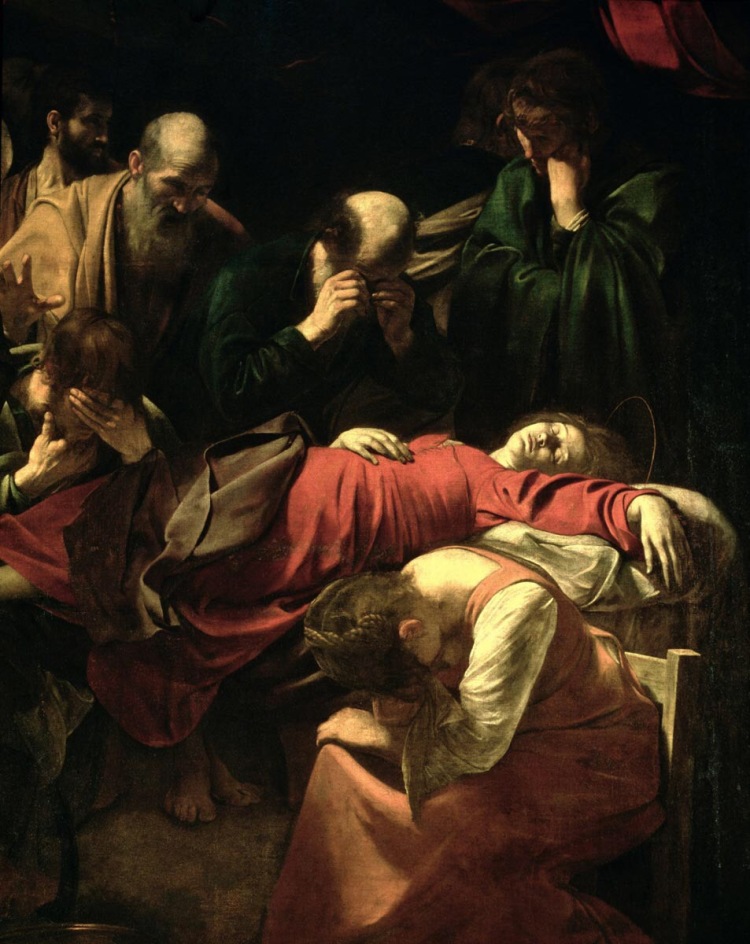 2. …that the Church was shocked at this painting – The Death of the Virgin (1606) –  as they recognized the model Caravaggio used to depict the dead Virgin Mary. She was in fact a well-known courtesan whose bloated body had been dragged out of the river where she had drowned. Caravaggio used common people he saw in his contemporary Rome streets and also at the places these people usually hung out, such as taverns and brothels in the turn of the 16th to 17th century, to represent biblical and mythological scenes which would have taken place centuries earlier. I had a chance to see this painting myself at the Louvre and can attest, from first hand experience, to its fascination. 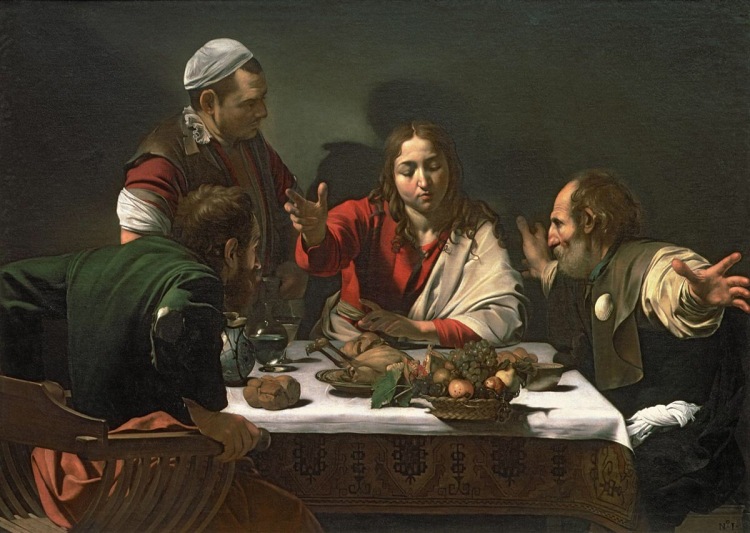 3. …that some people find it strange that Jesus is depicted in this painting – The Supper at Emmaus (1606) – as a much younger person and without a beard at a moment that would have taken place after his resurrection. However, Caravaggio was inspired by the Bible itself to make this choice. In the Gospel of Mark (16:12) we read that the apostles did not recognize Jesus when he first appeared to them after his death, for he had a different form. The painter thought it would be logical to depict this new “form” as a younger version of Christ himself. 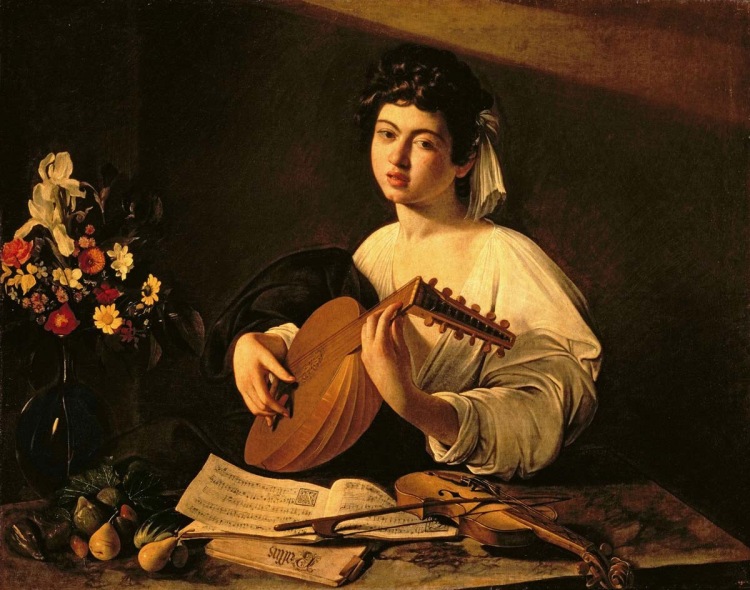 4. …that for many years there was doubt about whether the person depicted in this painting – Lute Player (1596) – was male of female. But, by the kind of shirt he is wearing and the fact that it’s open almost down to his bellybutton and yet showing no sign of cleavage, we can be pretty sure it’s a man. The Castrati (castrated, in English) were famous for their beautiful voices and very popular at the time, so this could be one of them. The effects of the hormonal changes that the body of a castrato goes through correspond to those we see in the painting, such as the hairless skin and swollen face.

5. …that experts believe the arrangement of flowers and the fruit depicted to the left on the same painting were not really done by Caravaggio. They differ significantly from his typical style. They believe those elements were added at a later stage by the Netherlandish painter Jan Bruegel.

We will be getting back with more interesting facts about Caravaggio’s stunning paintings in another blog post. Watch this space.

To purchase the available titles of our eBooks series TEACHING ENGLISH WITH ART, click here: http://wp.me/p4gEKJ-1lS 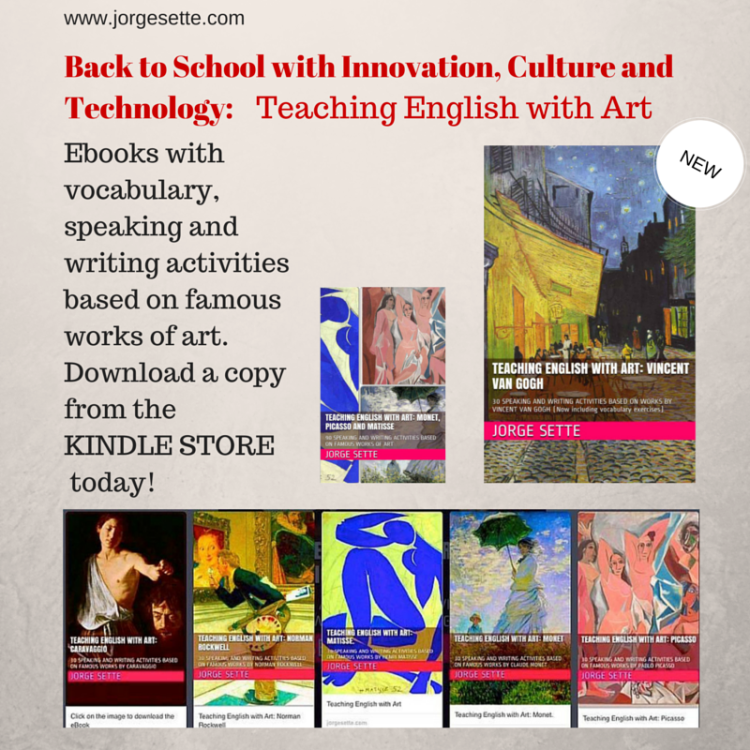