Pioneered by Pablo Picasso and Georges Braque, Cubism is one of the most revolutionary and seminal art movements of the 20th century. It has its origins in the post-impressionist paintings of Paul Cezanne, and aims at depicting reality in a non-naturalistic way, being considered the seed of the abstract paintings developed later on. Cubism in its more innovative and radical form lasted from 1907 to 1914, when the First World War broke out.

The end of the 19th century and the early decades of the 20th century were marked by great technological innovations that cried for an art form that could express these fast changes and new times. Traditional art, based on realistic works, which had been perfecting the use of perspective since the Renaissance, could not compete with the innovations of photography and film. They would be a mere replication of these more accurate methods of showing reality.

Portrait of Fernarde by Picasso, Pablo, 1909

In an attempt to grasp the essence of the times, Picasso started to move towards more simplified depictions of objects and the human form, trying to represent simultaneously the different angles from which they could be seen, not only from a unique perspective. He started to flatten his images, making use of geometric shapes (such as cubes, hence the name of the movement) and deconstructing reality by slashing the image into different planes, producing, thus, an effect which had a more intellectual than sensorial impact on the viewer.

The iconic painting Les Demoiselles d’Avignon is considered the first Cubist work of art. Primitive art, such as African masks and Iberian sculptures, played an influential role in the development of Cubism. This first phase of the movement is usually known as analytic cubism, characterized by the use of dark, almost monochromatic color hues, and growing to a point where the deconstruction of reality became so radical that the viewer could hardly identify the object or person depicted. The second phase, synthetic cubism, was a lot more energetic and colorful, including the technique of collage, where real-life two-dimensional materials, such as colored paper, newspapers or even hair ribbons, were glued to the painting. 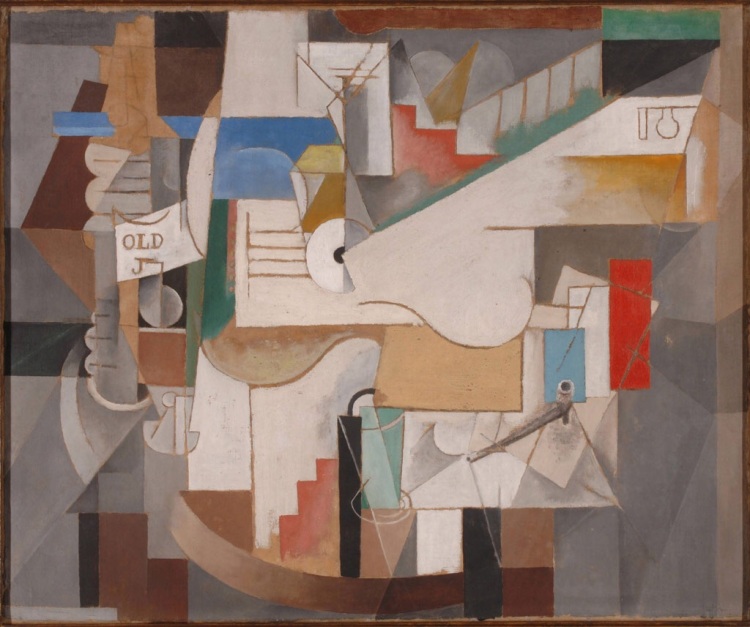 It’s hard to pinpoint when Cubism really finished, although we usually place it in the historical period between 1907-1914. It actually did not end, but transformed itself and evolved into other styles in the following decades.

Even today we can identify strong influences of Cubism in architecture, design and, of course, the arts in general.

NOTE: If you teach languages, you might want to check out our series of eBooks TEACHING ENGLISH WITH ENGLISH available  from AMAZON.COM: http://wp.me/p4gEKJ-1lS